The American fascination with things Moorish may date back to a work by Washington Irving. Tales of the Alhambra was first published in May of 1832 in the United States after Irving completed a lengthy visit to Granada. During the trip, he was granted exceptional access to the Alhambra Palace. He took advantage of the courtesy that was afforded to him; taking a collection of notes and making detailed sketches that formed the basis for his work. Today, a plaque marks the various rooms where Mr. Irving stayed while composing parts of the book. We further honor his influence on natural stone waterjet designs.

The legend of the Alhambra Palace has continued to grow and the design inspirations contained in the Palace are of particular interest to us for the purposes of this post. Our friends at Wikipedia say that:

“The Alhambra endures as an atypical example of Muslim art in its final European stages” and “the decoration consists, as a rule, of Arabic inscriptions that are manipulated into sacred geometrical patterns wrought into arabesques”. 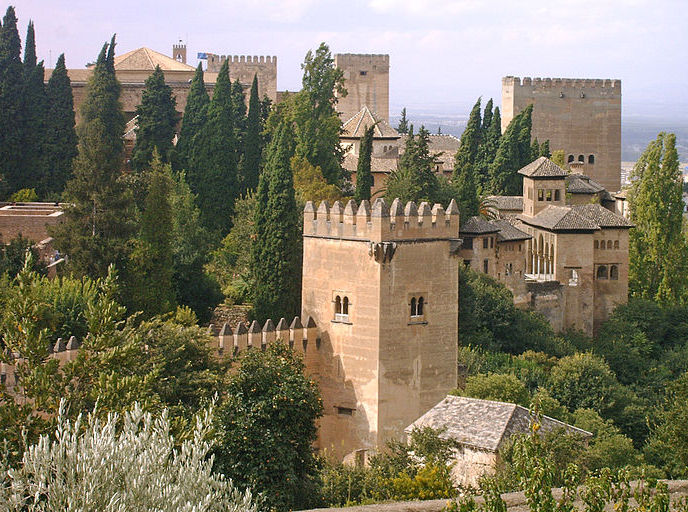 Now let’s fast forward to 2014. Marbles Systems is proud to include the Talya Collection in its fashion-forward selections. Renowned designer Sara Baldwin has created a crisply fresh group of patterns that bring her own visions to natural stone waterjet design.  The Arabesque flows and flourishes allow for as much a Moorish feel as the user wishes. At the same time, the color palette remains subtle and somewhat unobtrusive.

As always we appreciate you taking the time to read this post. We hope it is clear and informative. Marble Systems has points of sale all over the United States and also in Puerto Rico. Please find that information here. Bye for now!