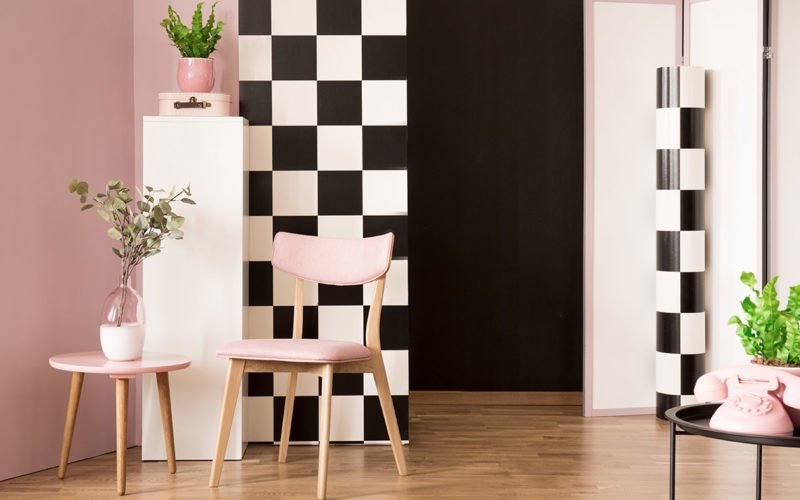 Before telling the story of Black and White Marble, we need to know more about how black and white had an important place in human history. Black and white are like day and night. Each of them is unique in certain ways. There is black when there is no light. Because of that many people believe black is not a color itself because it is actually the absence of color. On the other hand, white appears when all colors equally blended. When the rain drops break the sunlight, we see the rainbow with all the colors in the spectrum. They both inspired artists, intellectuals and writers throughout the human history. 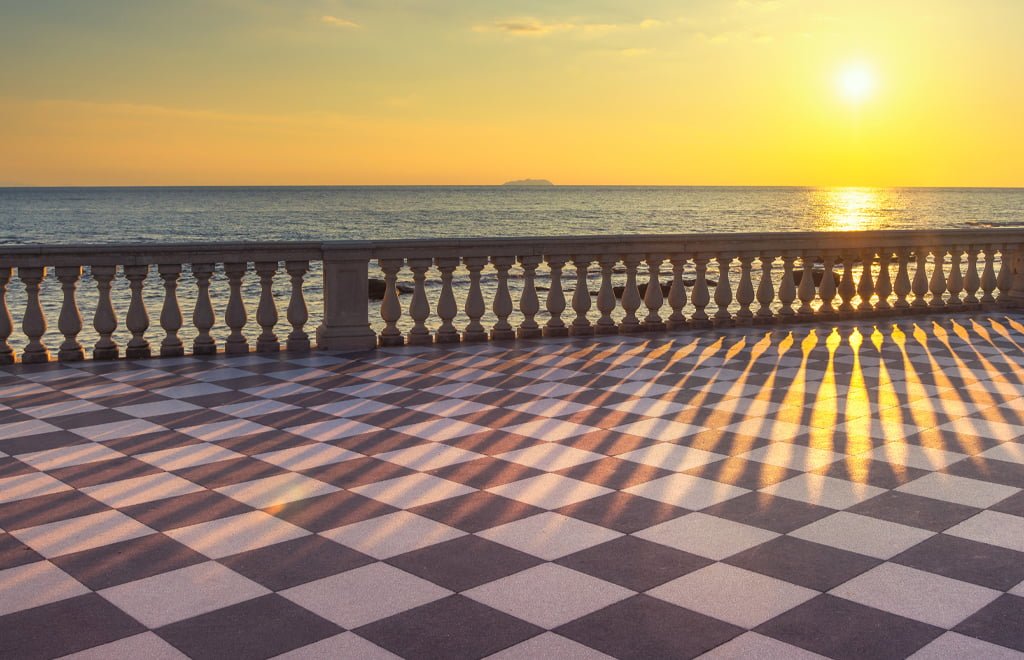 The philosophy of Black and White Marble

One of the most popular black and white marble combinations is the checkerboard look. That beautiful passage from the book “Revelations of the Aquarian Age” tells more about black and white checkered marble floors:

“…So, she decided to explore the ancient Roman house. As she walked up to the marble staircase to the upper rooms, skylights above the long upper hallway cast diffused light onto soft black and white checkered marble floors….”

The History of Black and White Marble

We know that black and white marbles with checkerboard look were used not only in ancient Rome but also in different parts of Europe. These marbles decorated the floors in Paris, Milan and London for centuries and keep its classic look.

After the excavation of Pompeii, we learnt more about ancient Greek’s love for white Carrara marble. Carrara marble made black and white marbles popular throughout the history.

Today most popular size that is used in this timeless design is 8×8 tiles. There are many popular marbles but we have to name “Negro Marquina” and “Thasos Marble” ahead of others. Also, Belgian Black Marble and Statuario Marble were very popular to form this classic checkerboard look.

The checkerboard pattern was transferred from Europe to USA by European immigrants late 19th century and become one of the popular marble patterns. While it lost its popularity quite some time, we see that there is a resurgence in these beautiful black and white marbles.

It is not a surprise that these marbles become popular again because it has some sort of flexibility to almost any floors. It can easily suit with a variety of styles including rustic, retro, minimal or traditional. This makes black and white marbles the sweetheart of marble world.

I locate that understanding a short history of a sample helps one to apprehend how it works so nicely these days. In ancient Egypt, the checkerboard pattern turned into used in hieroglyphics to decipher a scribe’s pill.

It became also observed in ancient artifacts from Iranian and Roman paved flooring. During the renaissance, inlaid checkerboard tiles and marble were used in areas as a reversion to ancient instances. It became regularly visible as an image of wealth. Artists also used it as a device to depict their new perception of perspective and show off their skills. 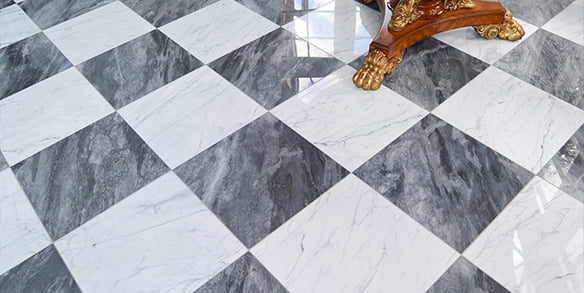 Today if you want to make surface look bold and beautiful, you can use the classic combo of checkerboard marble pattern. It will certainly have a huge impact on the floor whether you use the classic black and white checkerboard or you try a more intricate pattern or motif.

It perfectly fits for kitchens, hallways, living rooms, baths and entryways. Because it is very eye-catchy and timeless so it adds a sense of richness, classiness to your home.

I did a research on the internet and find these beautiful black and white marble designs. This one belongs to historic Manhattan apartment. It was renovated by Shelton, Mindel & Assoc. You can see the details in this article. 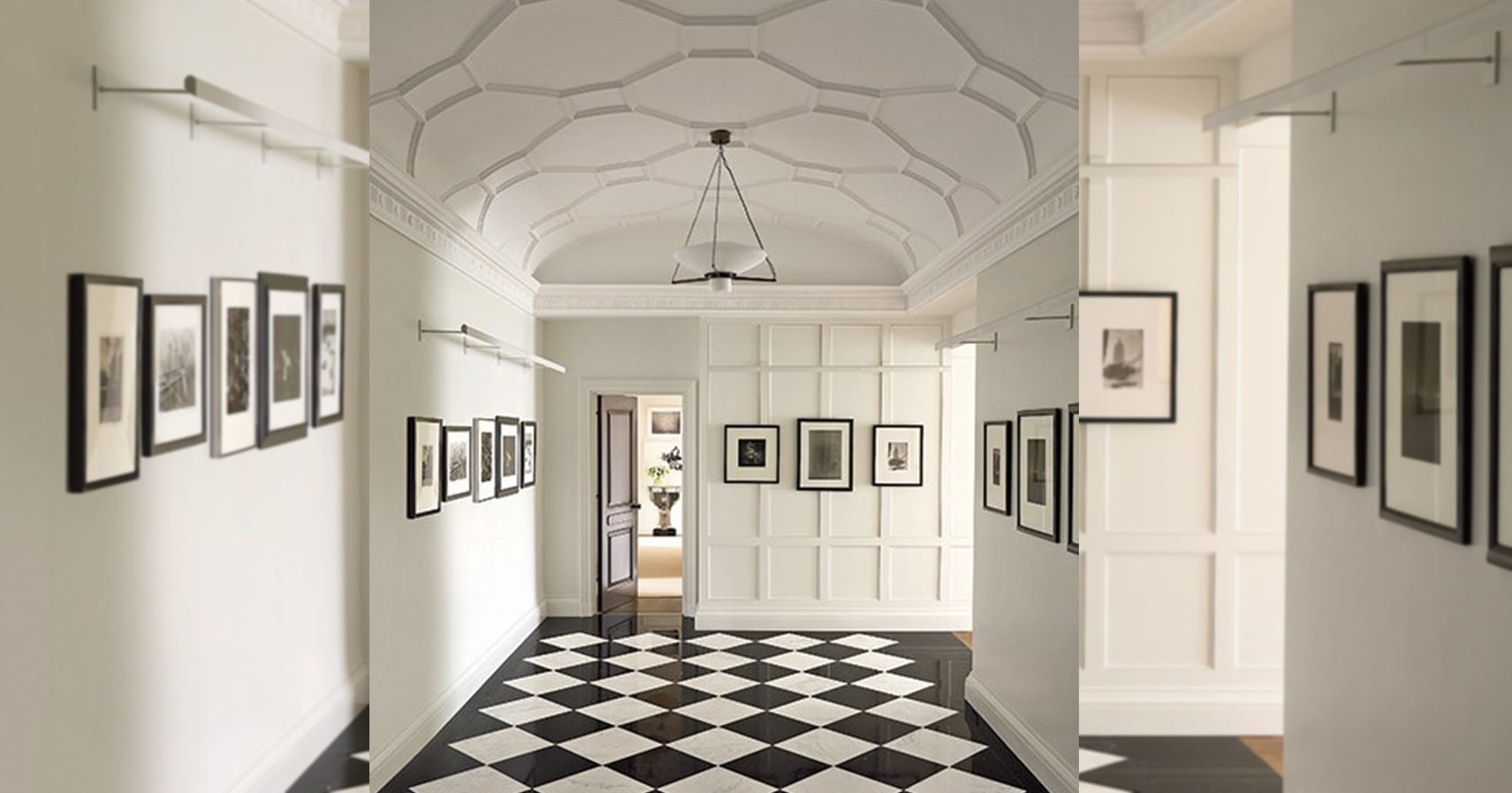 We see that classical interiors often use large-scale black and white stone tiles. This gives an expansive effect. Contrasting borders or ornamental stone insets are sometimes used to create the effect of an area rug.

More intricate designs use smaller black and white stone tiles, just like the ancient Greeks: Our Skyline Polished Collection represents variety of shades from milky snows to cool silvers. With a backdrop of stream-lined tiles or polished mosaics, this collection has the ability to transform any space from bland to electric!

Shades of white, black and gray are often used to add dimension to a pattern. In a trendy update to classic black and white checkerboard, adding a gray marble square creates a plaid design. We love the way it resembles a buffalo check fabric – try our new Chester Plaid Mosaic Collection in a Farmhouse bathroom, French Country kitchen, or as stunning floors in an entry.