Q is for Quartz and Quality

What is Quartz? Quartz is a powerful mineral that has been used by many cultures for centuries. It was discovered in the 1800s and scientists have found it to be one of the most common minerals on Earth. Quartz can be seen in everything from sand, rocks, soil, and even beer! The color varies depending on where it was mined but it’s typically clear or white with hints of pink or green.

It is always fun to add some science to fashion-oriented posts. So here we go on the subject of the mineral Quartz. 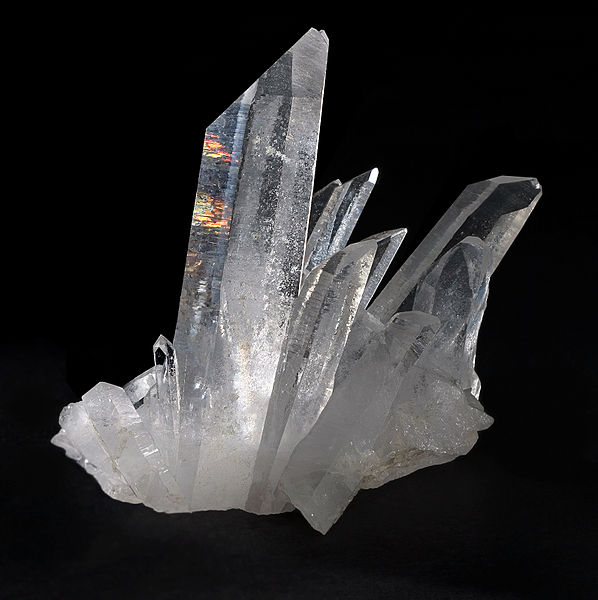 The always helpful Wikipedia tells me that “quartz is the second most abundant mineral in the Earth’s continental crust” and that “there are many different varieties of quartz, several of which are semi-precious gemstones. Especially in Europe and the Middle East, varieties of quartz have been since antiquity the most commonly used minerals in the making of jewelry and hardstone carvings”.

What is highly relevant from a practical standpoint is how hard and resistant to scratching this mineral is. In the early 19th Century, a German geologist named Friedrich Mohs (pictured below) created the Mohs hardness scale. This measure is still used today to measure the scratch resistance and relative hardness of minerals. Again per Wikipedia, this “scale of mineral hardness is based on the ability of one natural sample of matter to scratch another mineral.” Diamonds are at the top of the scale with a hardness rating of 10 and Quartz at the rating of 7. In simple terms, Quartz is extremely dense and scratch-resistant. 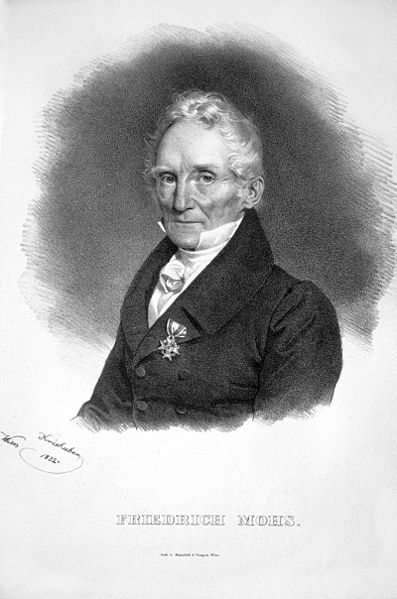 Today, one of the great uses of quartz in the world of stone and tile is as kitchen countertops. Marble Systems is pleased to offer the Color Quartz Collection as seen below. Described by the manufacturer as being “made with quartz – one of nature’s hardest minerals – and through revolutionary technology, we have created this modern, natural, and green surface material.” There is nothing that can be more applicable in the heavily used workspace of the kitchen.

Produced in a variety of slab colors, the Color Quartz Collection can solve a wide variety of problems when you are making your finish material selections in your kitchen. Marble Systems has been at this for a long time and we pride ourselves on being highly consultative in our sales process. We have showrooms across America and now also in Puerto Rico. Reach out to us for the help that you may need!